The subject of this article is unrelated to Dailydealusa.com, a Phoenix-based site that reminds one of Groupon.

Sometimes you see a pattern of behavior, and it lets you safely infer that certain unstated things are going on.
I have noticed a dealer selling a healthy number of textbooks, and at the same time having a low feedback count.
Normally large inventory counts come with commensurately large sales, especially in the textbook marketplace. When the kids are buying textbooks, they’re buying by the truckload.
There are a few explanations that are plausible. One is that this dealer is engaging in what is colloquially known as ‘spidering’.
Spidering is a polite term for finding an item on one online marketplace, let’s say Half.com, and then cross-listing that item as your own on another online marketplace, such as Amazon.com.
When you spider, you use an app to find listings for a given item on one site and then note the price. Your app then marks up that item and places it for sale on the other.
I can’t say where they’re spidering from, but I believe DailyDeal USA is spidering for at least some of their listings.
One tell-tale of this behavior is feedback for lost books. The USPS’ rate of losing properly packaged books is well under 1 in 1000. If buyers are relating in feedback that the book is being lost by the post office, you’re probably looking at a spider. Note that I didn’t say “a buyer” in that last sentence, I said buyers in the plural. If you can find a ‘seller said book lost in mail’ on the first page, that’s highly suggestive. If you can find two, that’s very suggestive.

Another spider-sign is customers opening a package and discovering an invoice in the package with a lower purchase price on it than what they paid. This occurs when the spider orders a book from a lower-priced seller for shipment to a customer who has paid a higher price.
In your example below, the spider charged $66.75 and paid $47.02.

On Amazon, you wind up getting paid 85% of the selling minus about $1.35 or so.
So, in this case, our spider got $54.53 and then had to spend $47.02 to get the product for his customer.
I'll tell you what, if you told me my job was to order books online and that you'd pay me $7.51 each time I checked out, you'd have an employee for life! Not a bad deal from the spider's perspective.
In a few instances, they're accused of having cancelled an order and then having re-listed the same item again.
What people don't realize, of course, is that they didn't own the item to begin with; they sold the item to you, then the guy they tried to spider FROM was out of stock, so they cancelled on you. Their spider app doesn't know about the history of a given title, so it goes ahead and slaps it back up there the next time it runs.
Two feedback suggestive of this:


As I scroll down their feedback, I come to yet another 'lost in mail'. That pretty much cinches it, these folks are spiders:


Notice two of these, on the same day no less!
As an aside, on some forums this type of seller is referred to as a drop-shipper.
While it's common usage online, the term more properly refers to a wholesale provider that fills orders placed by a retailer for direct-to-consumer shipment.
When applied to the online marketplace in transactions like this, DailyDeal USA isn't the drop-shipper; rather, all of the other sellers they order from are drop-shippers.
Here's the final nail in the coffin:

Notice that they have 669 ratings with an inventory of 429,302 different products.
If you carried a physical inventory that large with sales that poor, you couldn't afford the rent.
And, their feedback:
DailyDeal USA

In and of itself, I don't think that spidering would make you a bad bookseller.
However, it seems that one thing frequently leads to another.
In this case, spidering results in unhappy customers, and 12% negative feedback. There's no excuse for that.
Therefore, 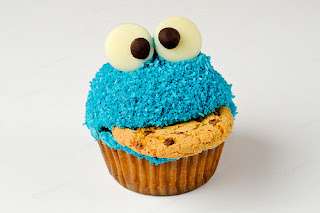 [The cookie you're not getting today is for my favorite Sesame Street character, after The Count.]